Remote-Friendly Teams: How to Promote Employees Based on Merit Rather Than Office Attendance

Remote-Friendly Teams: How to Promote Employees Based on Merit Rather Than Office Attendance 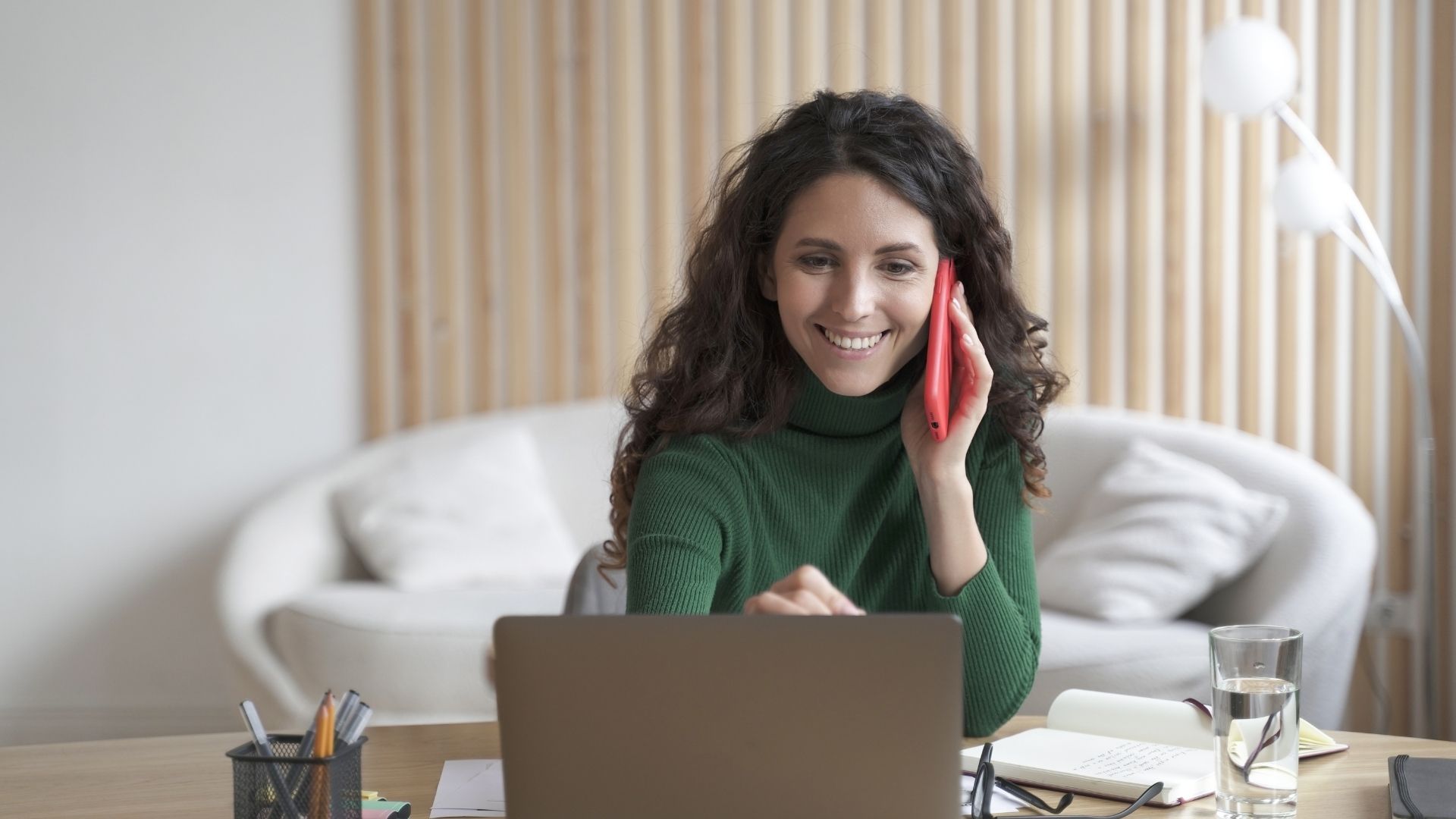 Mounting evidence suggests that some managers are still more likely to promote office staff over remote workers in remote-friendly environments. This happens even when remote workers perform better than their in-office colleagues.

A 2015 study found that while people working from home were 13% more productive than employees working from the office, they were not offered promotions at the same rates as in-office staff. In fact, remote workers were promoted half as often as their office-based colleagues despite tangibly improving business outcomes over the course of the study.

The key reason for this discrepancy appears to be that people who do not work from the office are less likely to form deep, professional relationships with managers. They’re also less likely to be able to show off their managerial skills. Unconscious bias plays a huge role in deciding who gets a promotion, and remote workers who are not ‘seen’ as frequently as office workers bear the brunt of this trend.

As many companies are re-opening their offices, this is likely to become more of an issue. This is particularly the case in remote-friendly workplaces where the office is still the default, but staff are allowed to work from home if they wish. While some staff members will choose to work from home on an almost-permanent basis and may even be based in a different country, others may choose to be in the office every day.

But why should companies ensure that workers are promoted based on the work they produce rather than their office attendance?

People who choose to work from home have various reasons for their decision. But overwhelmingly, work from home options appeal to women with childcare responsibilities and people with disabilities.

In 2020, more than 2 million women in the US left their jobs to take on additional childcare responsibilities caused as a result of the pandemic. But work from home options could be one way to keep women in work and working full-time too. Equally, 90% of disabled workers who worked from home during the pandemic have said they wish to continue working from home in some capacity.

So who wants to return to the office? Statistics suggest that overwhelmingly, it is men, older workers, and managers who wish to return. In fact, 47% of men want to work primarily from an office while the same was true for just 36% of women.

These statistics pave the way for inequality when it comes to promotions.

Companies that offer flexible working arrangements for their employees are already showing they listen to their workers and care about their well-being. That’s half the battle. But they must do more.

And this is particularly the case because there isn’t an even split in demographics between those who choose to come into the office and those who elect to work from home. To promote a diverse workforce at every level of the organization, employers must ensure they are promoting people based on their contributions and not the location from which they perform their duties.

But how can companies make this happen?

People working from the office form better relationships with managers they get to see in person. There are more opportunities for small talk, more impromptu lunches, and more water cooler conversations.

This can’t be replicated remotely. Not really. But relationships can still be built virtually. The team can still get to know their colleagues on a human level. And more importantly, managers can still get a feel for their remote employees too.

This is where virtual team-building activities come in. They are a great way to form informal connections with employees and are generally simple to set up with meeting platforms like Zoom allowing features like polls and breakout rooms for further ease.

There are also paid team-building activities. These are great for distributed teams that can't get together in person but want to spend more time with each other.

For instance, some websites offer fully-hosted murder mystery events where the team is guided through a classic murder mystery game virtually. The activity involves time for casual chats, forming teams, and solving puzzles together and lasts around 90 minutes.

Virtual events like this one were particularly popular during the pandemic when teams couldn't come together in person, but will likely see a resurgence as more and more companies explore a distributed workforce.

Creating an intentional meeting culture is key in remote-friendly environments. Too many meetings and employees are likely to suffer from Zoom overload, but too few and you risk isolating staff members.

Employers looking to build meaningful connections with both in-office and remote employees should be particularly mindful about the type of meeting culture they create.

For instance, if ensuring managers form relationships with all employees is the goal, there should be meaningful, one-on-one catch ups between managers and team members based in the office as well as remotely.

What 'regular' means varies between companies. A manager managing a larger team may only be able to meet with employees once a month. Someone managing three people might be able to have a weekly meeting.

These meetings should be a space to discuss both work-related issues as well as to get to know employees on a more personal level.

Team meetings involving in-office staff and remote employees should also be managed carefully to ensure remote workers feel included and able to make a contribution. This can be achieved by distributing clear agendas prior to the meeting so that everyone has access to documents that will be discussed during the meeting.

Also, companies would do well to invest in decent tech that allows remote workers to dial in easily. This two-fold investment will involve ensuring remote workers have the right tech at home, as well as making sure that conference rooms are kitted out to support video calls.

Managers often fall into the trap of trying to replicate the office environment virtually. This won't work for remote workers. But the way accountability is measured in offices leaves something to be desired too.

Some managers still place too much emphasis on how long an employee spends in the office rather than the quality of work they produce. A 2019 paper by remote work expert Ioana C Cristea explained why in-office employees are more likely to be promoted than their remote colleagues even if they perform poorly.

Their managers see them working long hours so they believe they're hard workers. But when it comes to remote workers, it is often just the output that managers see and not necessarily the work that went behind it.

If managers shift to measuring outcomes rather than counting hours, they would have a much better idea of who the strongest performers in the team are. They will also promote accountability and encourage employees to take ownership of their work rather than simply completing tasks.

So how can managers promote accountability in hybrid teams? Here are a few ideas:

Measuring outcomes rather than counting hours often requires a mindset shift. But we have a detailed article explaining how to do just that here.

Robust and transparent policies for promotions

Did you know that 40% of employees feel that managers fail to take others' opinions into account before making a final decision on promotions? But relying on the manager's assessment alone is a recipe for disaster.

It opens the process up to biased, uninformed decisions that could end up poorly and create resentment within the team. Not to mention, it makes it much more likely for the manager to promote someone they like on a personal level rather than the best person for the job.

But how can companies avoid this scenario? Robust promotion policies should be put in place.

To start with, managers should be encouraged to speak to the candidate's other managers and team members to get opinions on their suitability for a promotion.

Further, an objective criteria should be set up for promotions to ensure the best person for the job gets the promotion. This should be based on the value created for the company and the quality of work delivered rather than vague ideas like 'culture fit'.

If an accountability system measuring outcomes rather than hours has been put in place, the above should be fairly simple to implement.

Also, the promotion process should be transparent. People should be aware of the criteria used and should be able to understand why a certain person has been promoted and how they meet the criteria.

Managers are only human. Even if they have the best intentions at heart, unconscious bias will always play a part when it comes to promoting team members. That's why it's so important to prevent bias and ensure employees are promoted based on merit, especially in remote-friendly teams.

This can be achieved by ensuring that both in-office employees and remote colleagues are given opportunities to get to know their managers on a personal and professional level. One-on-one meetings and team-building activities could help form genuine connections.

Further, promoting a culture of accountability where managers measure outcomes rather than hours spent at a desk could avoid this type of bias. This could also translate well into a robust, transparent promotion policy where employees are promoted based on their abilities rather than their attendance.