How to Identify What Type of Software Developer Your Company Needs

How to Identify What Type of Software Developer Your Company Needs 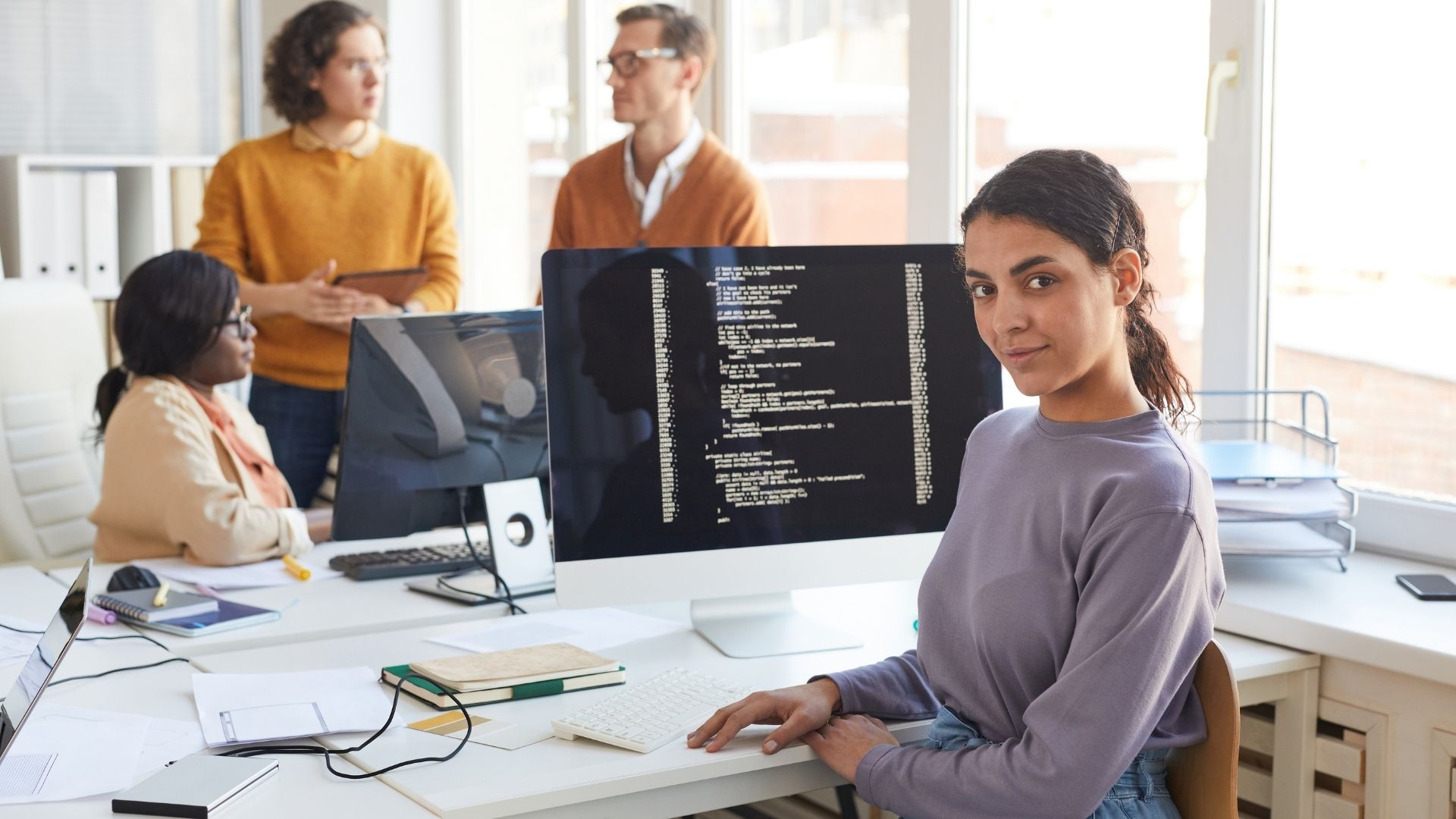 Fast-growing tech companies often struggle to keep up with their expanding workload. Retention can be an issue, but many companies are hiring because their growth means they need more people on board.

Software developer employment in the US is projected to grow by 22% between 2020 to 2030, which is much faster than the average for all occupations. It is expected that there will be around 284,000 new software developer jobs created by 2028 in the US alone.

These numbers suggest HR departments and tech teams across the US will be busy creating job descriptions and hiring developers across all levels of experience.

But how should companies go about deciding what type of software developer they need for their team? Different levels of expertise and development can be expected at different experience stages.

Whether a team needs a junior, mid-level, or senior developer depends on the scope of the work and the experience and confidence necessary to complete it.

Junior developers possess limited coding experience. Some may have just graduated, others may have spent just over a year in their first jobs.

Junior developers may have in-depth knowledge of basic coding languages such as JavaScript. Their understanding of the fundamentals of computer science will enable them to pick up new technologies quickly. They should be able to write basic code that works, and may have a limited understanding of best practices.

While junior developers may not be as experienced as their senior counterparts, they tend to have a passion for learning and developing, as well as a strong work ethic. They are also more malleable; their first jobs will shape their habits. There is an opportunity to instill the company's methodology and ways of working without having to deal with stubborn habits that need to be unlearned.

Will a junior software developer meet the company's needs?

Junior software developers will spend much of their time learning and asking questions. There should not be an expectation that they will hit the ground running, but with the right training, they can become a real asset down the line.

They are a great choice for companies that have a need for immediate assistance with basic work and are looking to invest in training junior developers that can later pick up more complex tasks at the company.

By this point of their careers, mid-level developers may know several programming languages well, and will have an in-depth understanding of their work. Many companies expect them to have full stack experience.

They will also have a decent understanding of the software development life cycle. They will also be able to write code that works and that isn't overly complex. They are likely to be more confident than their junior counterparts and are able to work autonomously on tasks.

Rather than just carrying out instructions and completing basic tasks, mid-level developers will understand how to approach technical tasks creatively, and can implement new features. They will have a knowledge of current trends and best practices and will make an attempt to implement these skills in their work.

However, mid-level developers sometimes struggle with seeing the bigger picture and may not see how their projects impacts the software as a whole. Also, many mid-level developers become stuck in their ways and afraid to take on tasks outside of their comfort zone; this is also why many developers don't move past the mid-level label for many years.

While specialization and in-depth knowledge are important, they can be a stumbling block to career development and effective working.

Mid-level developers may be autonomous but will still need some support, particularly in relation to clarifying technical requirements.

Will a mid-level software developer meet the company's needs?

A mid-level developer might work well if the company needs someone who can hit the ground running and start working on more complex tasks right away. Mid-level developers can work on the following tasks:

Mid-level developers can work autonomously and deliver quality work faster than their junior colleagues. Where the work that needs to be carried out isn't too advanced or big picture, and where there are budget constraints, a mid-level developer could be a great option for a company.

Senior developers will be proficient in multiple coding languages and will be able to pick up new languages quickly. Often, they'll have both a breadth of knowledge and a depth of knowledge in some specialized fields. They'll have a big picture overview of the project and will know how to make some architectural decisions.

But what sets senior developers apart from mid-level developers is their willingness and ability to solve the most complex technical problems. They are often described as having a 'sixth sense' when it comes to approaching a problem, but their quick and resolute actions are simply the result of thousands of hours of hard work and learning from errors.

However, companies must remember that this level of experience does not come cheap. Senior developers command the highest salaries and may be out of reach simply due to budget constraints.

Will a senior software developer meet the company's needs?

If companies need someone who can carry out complex work with confidence, they may benefit from a senior software developer. Senior developers can take on the following work:

With senior software developers, the focus is on solving complex problems efficiently and quickly. But, it's more than that. Senior developers are likely to display leadership skills as well as strong communication skills.

While it is important to have an understanding of what you can expect from software developers at each experience level, your team might need more than just a team contributor. This is where systems architects and tech leads come in.

But what are they and what can they bring to the table?

Systems architects must ensure that the project is well-designed, deployed correctly, and maintained appropriately. In other words, they are often responsible for the entire life cycle of the system. Systems architects take on the big picture role of managing the project and must, therefore, have strong leadership and collaboration skills.

Companies that need someone to help with setting and implementing big-picture technical strategies may need to look for a systems architect.

Tech leads also design, lead, and execute solutions and improvements, but on a smaller aspect than systems architects. They also look at implementing quality assurance and improving the code, as well as guiding the team by providing design direction.

Tech leads can often take on managerial responsibilities as well, ensuring that the team has an appropriate workload and is able to carry out their work to the required standard.

Tech leads may work well for companies that need specific people to specialize and take ownership of aspects of a project.

What type of software developer does your company need?

The type of software developer your company needs depend on the skills and knowledge that the team is lacking. If experienced developers are stuck working on simple bugs rather than focusing on higher-level work, a junior developer might be needed.

If the project is lacking direction, and nobody wants to take ownership, a senior developer or a tech lead might be appropriate. If work on a new project is due to start, but everyone is at capacity, then a systems architect might be necessary to design a new technical strategy.

Finding the right type of software developer is key to ensuring the project runs smoothly.

ReadyTal connects companies with the best remote software developers around the world. Our candidates come from more than 60 countries and have passed robust language and technical assessments. If you’re looking for talent, get started here.