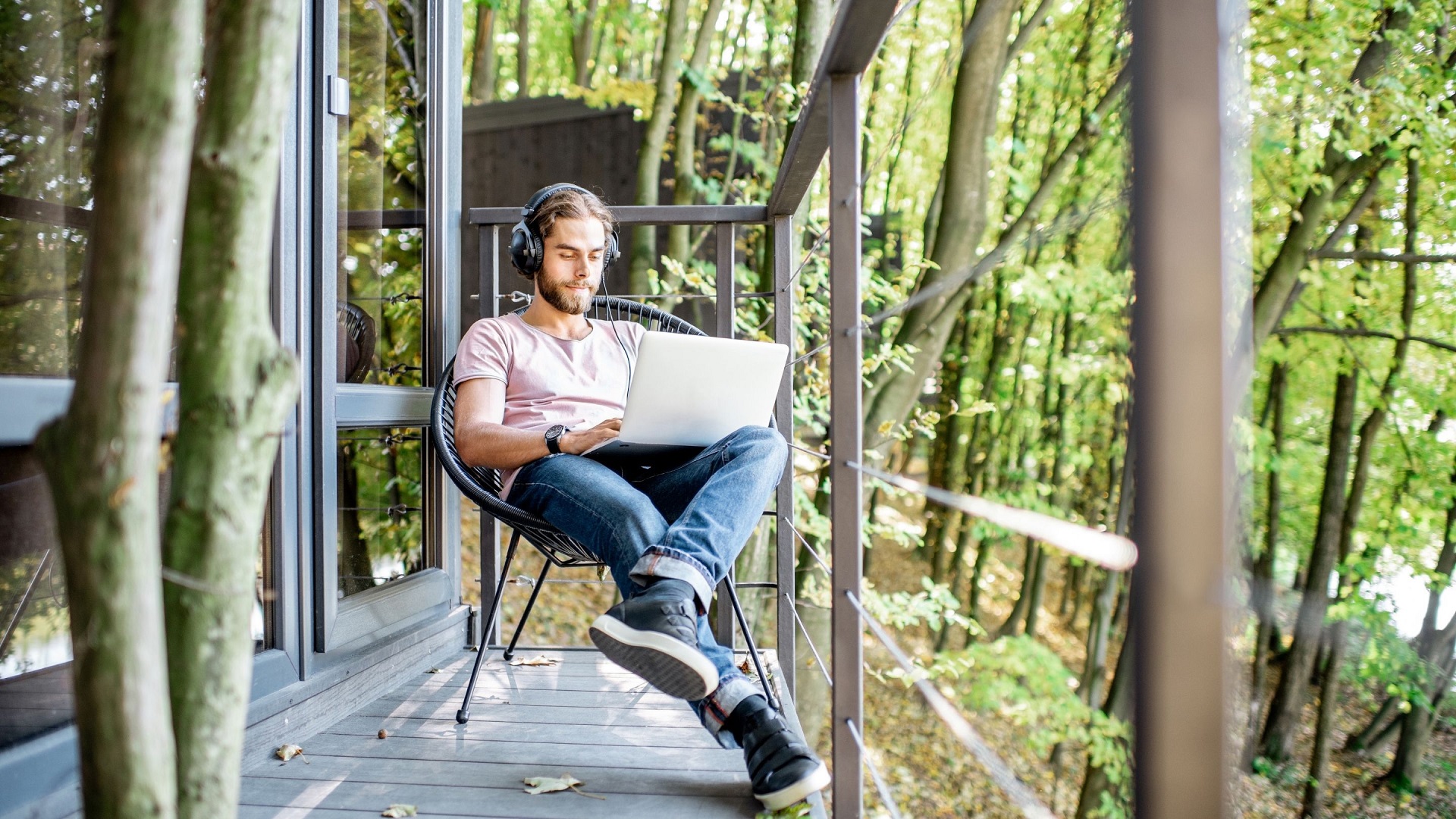 A growing demand for software developers will lead to a mad scramble for candidates this year. A recent report revealed that 73% of leaders in countries like the US, UK, and China believe filling open positions will be a significant challenge in 2022.

This is all part of a bigger trend that has had an especially detrimental effect on the tech field. The skilled workers' shortage currently sits at 40 million worldwide. It is estimated it'll reach 85 million by 2030, costing companies more than $8 trillion in revenue.

Against this backdrop, companies are ready to pay top dollar for the best candidates. But there might be a better way to attract, hire and retain talented developers.

Qualified tech candidates can now choose exactly where they want to live and what kind of environment suits them best. And for many, that means choosing their own homes. A recent poll involving 1,000 software developers found 75% of developers want to work remotely at least three days a week. And 60% are already working remotely full-time.

Companies that remain office-based may struggle to compete with remote-first employers. The world of software recruitment is changing fast. While, in 2011, only 13% of tech jobs posted on popular news aggregation site HackerNews mentioned remote work, by 2021 this had soared to 75%. The pandemic accelerated this shift, forcing employers to adapt quickly or lose out.

Companies that embrace remote work will find they hire and retain the best talent. They'll gain a competitive edge over other companies and be better equipped to handle the growing talent gap. They’ll set themselves up to become more successful in the long-term.

And, research by HackerLife shows that smaller companies are likely to bear the brunt of short tenures. Software developers only stay at small companies for 1.5 years on average. Their tenure at mid-sized companies is about 1.9 years, while large corporations benefit the most, with developers staying on for 2.3 years on average.

Hiring software developers can be time intensive and involve significant financial resources. So it makes sense to do what you can to keep your new hires for as long as possible.

When Catalyst surveyed 7,487 employers around the globe, they found employees at remote-first workplaces were 30% less likely to look for another job. Implementing a permanent remote work policy could address your current and prospective employees' concerns around flexible working. It will show them you're listening to their concerns and acting on them.

This will position your company as an attractive employer to job seekers, while helping you retain your current workforce.

A separate report found that 79% of tech workers want to continue working from home after the pandemic. Meanwhile, searches for remote jobs shot up by 500% since Feb 2020, according to job search site Indeed.

These staggering numbers all speak to a clear trend; the remote work revolution is here and, in talent-starved industries, remote-first employers will have their pick of the litter.

‍Tap into a global talent pool

When faced with a significant talent shortage, it makes sense to widen the talent pool. Pre-pandemic, many employers were office based. They could only hire from the immediate area as employees had to commute to the office every day.

This wasn't without its challenges. The talent pool was geographically limited. Tech companies needed to offer competitive compensation packages to attract people to live in the expensive areas where the companies were located.

By implementing a remote-first policy, companies can widen the geographical talent pool and recruit from anywhere in the world. Software developers no longer need to be local residents, which means your company can hire skilled workers without dealing with extensive visa procedures or relocation costs.

By tapping into the global market of software developers, you are expanding your options significantly. At the end of 2021, estimates suggested that there were 26.8 million active software developers in the world. This number could reach 45 million by 2030.

Your future developers could come from all walks of life, adding valuable perspectives to your team. The digital nomad lifestyle, for example, allows developers to travel the world and work full-time. Interest in digital nomadism has been on the rise since 2014. But in 2020, the number of digital nomads in the US rose by 50% to 11 million. Your next hire could be a fellow countryman who is travelling the world and signing in from Bali or Manila!

Hiring from a worldwide talent pool may save you money, regardless of your company's present headquarters. These savings are particularly significant in places like the United States, where software developers command high salaries.

Being able to offer a fully remote environment and a competitive salary could make you an attractive employer to software developers abroad. They, in turn, will benefit from gaining valuable experience in an international company without having to relocate.

A recent Global Workplace Analytics report found that employers who hire remote workers could save themselves $11,000 per year for each half-time remote worker. The estimate was derived from savings expected as a result of higher productivity and reduced absenteeism and turnover.

The estimate did not take into account savings made by hiring software developers in less expensive areas, illustrating that remote-first employers can save money on things other than pay.‍‍

Burnout rates have risen exponentially across several industries in the last few years. The pandemic has been cited as a key factor for burnout, but there is more at play here.

A recent survey revealed that a staggering 82% of software workers in the UK suffer from burnout. 55% of respondents who said they were suffering from burnout indicated they experienced moderate to severe symptoms. Increased workloads, inefficient processes, and unclear goals and targets were among the top three reasons for the burnout rates reported.

Preventing burnout is a top priority for any company that cares about its employees' well-being. A happy, healthy employee is a productive employee that is likely to stay with the company long-term.

Did you know that simply allowing your staff to work from home full time could significantly reduce burnout rates?

A Catalyst report surveying more than 7,000 employers found that offering remote work options significantly reduced burnout rates, regardless of the reason for burnout.

Software development is, at its core, a creative process. Creativity flourishes when individuals are "in the zone", or in a state of flow.

According to psychologists, during a flow state, areas of the prefrontal cortex, responsible for memory and self-reflection are temporarily inactivated. This triggers a loss of self-consciousness and self-criticism, as well as a distortion of a person's perception of time. Further, more brain areas are allowed to communicate freely which greatly improves creativity.

During a TedTalk, psychologist Mihaly Csikszentmihalyi explained how a flow state could foster immense focus and even feelings of ecstasy: "There's this focus that, once it becomes intense, leads to a sense of ecstasy, a sense of clarity: you know exactly what you want to do from one moment to the other; you get immediate feedback."

People are so involved in their current activity, nothing else seems to matter. This hyper focus and intense creativity could produce incredible work results.

To cultivate this state of flow, employees have to be in calm environments where they face little to no interruptions. The open plan office is the polar opposite of what is required to achieve this state. If you want your software developers to come up with fresh and innovative ideas for your product, remote work is the way to go.

A recent Catalyst report supports this idea. Remote workers were 63% more likely to report feeling innovative as compared to their office-based counterparts. They were also 75% more likely to report feeling engaged at work. And a survey involving 272 US-based employees revealed that workers experienced 56% greater creativity and innovative thinking when working from home.

The key reasons for this shift included less time spent commuting and less time in meetings. This allowed people quiet time to reflect and think through ideas, which meant more voices could be heard; many people struggled to think on their feet and speak up during large, face-to-face meetings.

But remote work means ideas can be thought through and shared via other channels, such as Slack. Innovation, creativity, and in turn productivity, are all improved through remote work.

‍Remote work allows you to hire individuals from all over the world. This comes with practical benefits, such as significant financial savings. But that’s just the tip of the iceberg.

Hiring from a diverse pool of talent will create diverse teams. This will help avoid developer ‘groupthink’. You might think your team is gelling really well, but if people are in constant agreement, this might be a red flag! When you have people from all walks of life on your team, chances are they will have different perspectives and will come up with creative solutions to tackle problems rather than recycling old processes.

And while an international workforce will naturally create a varied team, remote work creates the opportunity to hire from underrepresented communities and champion women in STEM.

Even homegrown talent was previously denied employment opportunities. Many software developer jobs were in major cities, and people had to relocate for these jobs. But individuals with caring responsibilities who could not leave ailing family members behind were often left out. Others struggled to move because relocation is expensive and relocation packages were often limited. People who may have had the skills but were struggling financially were therefore denied job opportunities.

And, during the pandemic, another worrying trend emerged. More and more women left their jobs to cope with the additional childcare responsibilities that resulted from schools and nurseries shutting down.

In the US, over two million women left the workforce over the course of the pandemic, and many cited childcare as the main reason. A further 24% of female executives are planning to leave their jobs due to their company’s response to the pandemic.

This lack of access to opportunities could be resolved with flexible, remote-first policies that take individual circumstances into consideration. And, given that diverse teams deliver 60% better results, this will be beneficial for companies who embrace inclusion too.

Software developers are in high demand and this isn't likely to change. Going remote will allow you to stay ahead of the competition. You could hire from a global pool of talent and offer competitive rates while still making a saving. But that's not all.

Remote workers stay with their employers longer, have lower rates of burnout, and are more productive, innovative, and creative. Remote teams are more diverse and offer a plethora of perspectives to make your business better.

By building remote teams, you're building a robust, loyal workforce that could become the bedrock of your business in the long term. You're also positioning yourself as a forward-thinking company that listens to its employees' concerns and takes appropriate action.

The remote work revolution is here. And companies that embrace it will reap the benefits.

If you want to hire the best remote software developers, get in touch with ReadyTal. Our candidates come from more than 60 countries and have passed robust language and technical assessments.